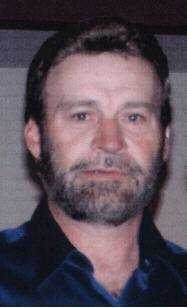 David B. Isaacson, 54, Nevada, entered into rest Monday evening, Oct. 8, 2007, at Nevada Regional Medical Center following a sudden illness. He was born Aug. 12, 1953, in Watertown, S.D., to Marvin Henry Isaacson and Monica Dawn Wensing Isaacson. On Oct. 8, 1983, he married Cynthia Ann Cantrell in Mora, Minn, and she survives of the home.

David grew up on a farm in Estelline, S.D. and graduated from Estelline High School in 1971. He was a 1975 graduate of South Dakota State University, Brookings, S.D. David worked for 12 years at Land-O-Lakes Ice Cream Plant in Mora, Minn, as Production Supervisor. He and his wife, Cindie, purchased and operated a Dairy Queen in Cherokee, Iowa, for seven years and later a Sears Store in Mexico, Mo. They purchased and operated the Dairy Queen in Nevada, from 1994-2001 and retired to owning/managing rental properties.

Survivors in addition to his wife, Cindie, include one son Scott Isaacson (currently stationed in Iraq) and his wife Teresa, Rich Hill, Mo.; one brother, Marv W. Isaacson and his wife Carolina, Jakarta, Indonesia; one sister, Lori Sangl and her husband Monty, Nevada; his mother, Monica Dawn Isaacson, Nevada, and numerous, nieces, nephews, and cousins. He was preceded in death by his father-in-law and mother-in-law, Betty Jean Cantrell.

Funeral services will be held at 10:30 a.m., on Saturday, Oct. 13, at Ferry Funeral Home, Nevada, with the Rev. Greg Ferree officiating. Interment will follow at Moore Cemetery, Nevada. Friends may call now and until the hour of service and the family receives friends 6-8 p.m., on Friday, Oct. 12, at the funeral home.

Those who wish may contribute in his memory to the American Heart Association in care of Ferry Funeral Home, Nevada.