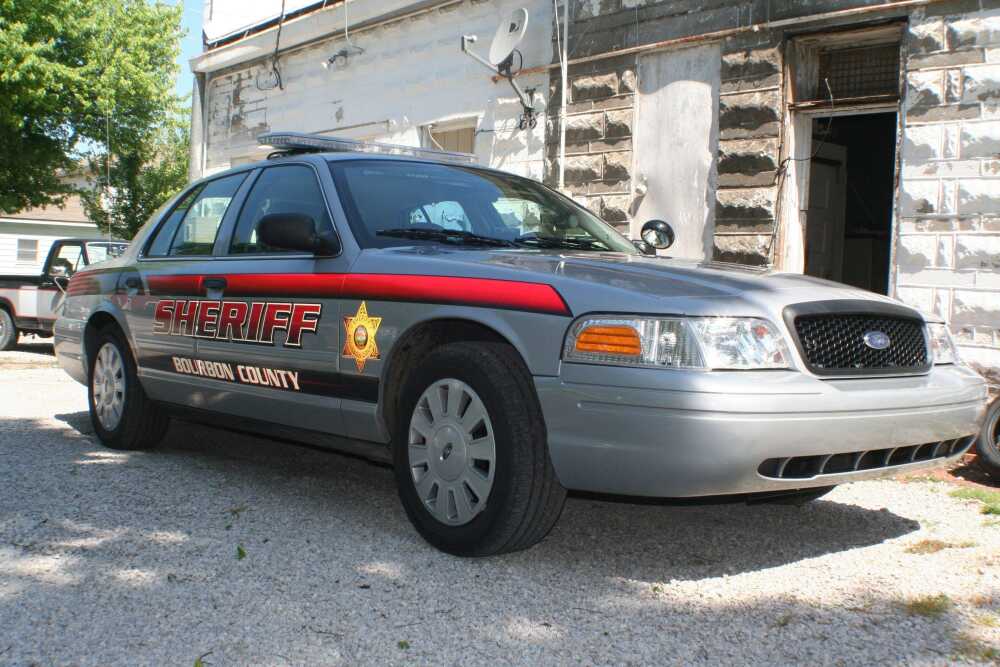 The first of the new vehicles purchased by the Bourbon County Sheriff's Office sits outside Octave Above in Fort Scott after being outfitted with decals, a new light bar, and other equipment. --Michael Pommier/Herald-Tribune

FORT SCOTT, Kan. -- Thursday night was the first night on the road for one of the six new vehicles at the Bourbon County Sheriff's Office.

The department is spending $144,000 over five years to purchase and outfit six new Crown Victoria Police Interceptors. The new vehicles were purchased to replace old malfunctioning equipment. Bourbon County Sheriff Ron Gray said the department has spent approximately $22,000 in parts for the old vehicles in the last three years.

"It is basically out of need, not want," Gray said.

According to Gray, each of the six old vehicles had approximately 200,000 miles on them as well as a host of problems. He said one vehicle had the wiring catch on fire, one would quit while sitting idle and many of the light bars did not work properly. Other problems included mechanical issues within the vehicles.

"We were in such dire straights with vehicles breaking down," Gray said. "It's a major safety issue for our officers and the public."

The old vehicles were not made to be used in law enforcement, according to Gray. He added, they worked very well despite the fact.

Gray made the decision to purchase new vehicles rather than used because they were more dependable.

"We've always had a sense of getting used vehicles and I wanted to get away from that for the warranty aspect," Gray said.

The new vehicle are all Flex Fuel compatible and get more miles to the gallon. Gray said the new vehicles feature better cooling systems and better breaking.

"They're made for police work," Gray said.

All six vehicles have arrived, however only one has been fully outfitted with decals, a lightbar, radio, and other tools. Gray said he hopes to get all six vehicles on the road in a couple weeks.

As for the old vehicles, Gray said he has not yet talked with the Bourbon County Commissioners about their fate, but he hopes to liquidate them.