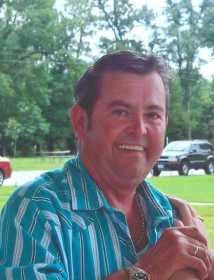 Steven was born Oct. 4, 1951, in Nevada, to Willie F. and Ruth (Howell) Mitts and was raised by Willie and Vera (Burdick) Mitts. He graduated from Lamar High School in 1969 and was a life-long resident of Vernon County. On Nov. 21, 1978. at Hattiesburg, Miss., he married Ruby Elaine Williams and they enjoyed nearly 33 years together. He was a member of Milo Baptist Church, where he was baptized. Steven worked as an assistant produce manager for Harter House, retiring in 2009. An avid outdoorsman, Steven loved camping and hunting. His greatest joy came from spending time with his family and friends, playing cards, or the simple pleasure of good fellowship and conversation.

Survivors include his wife, Elaine of the home; five sons and their wives, Timothy A. Mitts and wife, Robyn, of Lamar, Steven Jr. and wife, Michelle Mitts, of Joplin, Bill Jr. and Lisa Householder of Stockton, Mo., Jack E. and Monica Householder of Bronaugh, Mo., and Troy and Jennifer Householder, of Nevada; two daughters, Tonya A. Dickerson and her husband Carey, of Sparta, Mo., and Missy M. Stansill, of Bronaugh. Additional survivors include the brothers-in-law, Doug, Eddie, Kevin, Ronnie and Danny Williams, the one he called "his Bro;" three sisters, Georgia L. Carr and Bonnie S. Hobson, both of Lamar; and Karen Smith, of Nevada; 29 grandchildren and many great-grandchildren.

Funeral services will be held at 2 p.m., Sunday, Sept. 19, at Daniel Funeral Home, where the family will receive friends from 6 to 7 p.m., Saturday. Burial will follow at Memory Gardens Cemetery, Lamar.

This obituary may be viewed and condolences left at www.danielfuneralhome.net