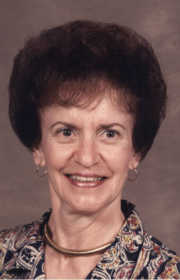 Monica grew up in Watertown. She and her husband lived on a farm near Estelline, S.D., for several years. They later owned and operated rental properties for a number of years in Watertown, S.D. Monica lived in Nevada for the past 13 years to be near her children. She was a member of the Holyname Catholic Church in Watertown, S.D.

Survivors include one son, Marv W. Isaacson and his wife, Carolina, Jakarta, Indonesia; one daughter, Lori Sangl and her husband, Monty, Nevada, Mo.; four grandchildren, Scott Isaacson, Jason Zupan, Rachel Keith and Jonas Isaacson; five great-grandchildren; and one daughter-in-law, Cynthia Isaacson, Nevada. She was preceded in death by her husband; one son, David Isaacson; one sister Ersul West; and one brother, Don Wensing.

Interment will be held in Watertown, S.D., on Monday, Jan. 10, under the direction of Wight, Comas and Sogn Funeral Chapel.