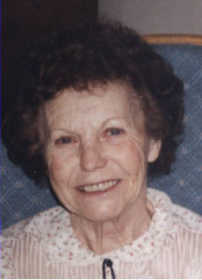 Mary was born and reared and spent most all of her life in this area. She was a member of the Deerfield Baptist Church. Mary was a homemaker. She loved flowers and gardening.

Funeral services will be held at 10:30 a.m., Friday, June 24, at Ferry Funeral Home, Nevada, with the Rev. Bill Clevenger officiating. Interment will follow in Deerfield Cemetery, Deerfield. Friends may call now and until the hour of service and the family receives friends from 9:30-10:30 a.m., Friday, prior to the service at the funeral home.

Memorials may be given to the Deerfield Baptist Church in care of Ferry Funeral Home, 301 S. Washington, Nevada.