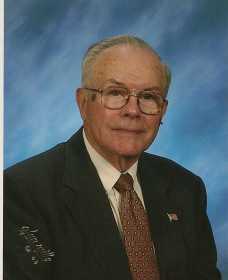 He graduated from Rich Hill High School in 1940. He served in the Signal Corps of the Army Air Force during World War II, collecting weather data for the military. He received a BA in Accounting from the University of Missouri at Columbia in 1948. He was also a member of the Mizzou Marching Band. He worked as an accountant for RCA, Commercial Credit and for Rival Manufacturing Co. in Kansas City, Mo., until he retired in 1987. During all of his years in Kansas City, he returned to Rich Hill each weekend to help his parents with the farm, and after retiring, he moved back to the family farm at Rich Hill, where he lived for the rest of his life. He was a member of the First Presbyterian Church of Rich Hill for many years and later served as organist for the Rich Hill United Methodist Church. He was a member of the Veterans of Foreign Wars.

Paul will be missed by his family, particularly his nieces and nephews, who have many fond memories of "Uncle Paul" and good times on the family farm, especially the Thanksgiving holidays which were almost always spent at the Rich Hill farm with a turkey dinner, tossing the football, and picking pecans in the timber.

Funeral services will be held today, July 1, at 11 a.m., at the Rich Hill United Methodist Church with burial in the Greenlawn Cemetery, Rich Hill. The family will receive friends Friday, 10 a.m. until service time at the church.

The family suggest memorial contributions to the United Methodist Church in care of the Heuser Funeral Home.