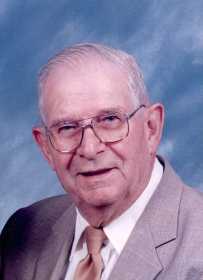 He was born June 10, 1925, at Oswego, to Erville G. and Pearl (Morgan) Gullett. He attended schools in Parsons and in Mound Valley, graduating from Mound Valley High School in 1943. After graduation he served six years in the U.S. Coast Guard during World War II and served in the South Pacific.

Don was employed at the Kansas Army Ammunition Plant for 35 years, retiring in 1987. He was a member of the Faith United Methodist Church and he enjoyed fishing, hunting, gardening, reading, crossword puzzles and spending time with his family.

Funeral services will be at 11 a.m., today, Jan. 6, at the Carson-Wall Funeral Home, in Parsons. Burial will be in Memorial Lawn Cemetery. The family received friends at the funeral home from 7 to 8 p.m., Thursday.

Memorials are suggested to the Faith United Methodist Church. They may be left at or sent to the funeral home at Box 942, Parsons, KS 67357.

Online condolences may be left at www.wallfuneralservices.com