Review: 'Of Mice and Men' a play fit to please an author

By Carolyn Gray Thornton/Special to the Daily Mail 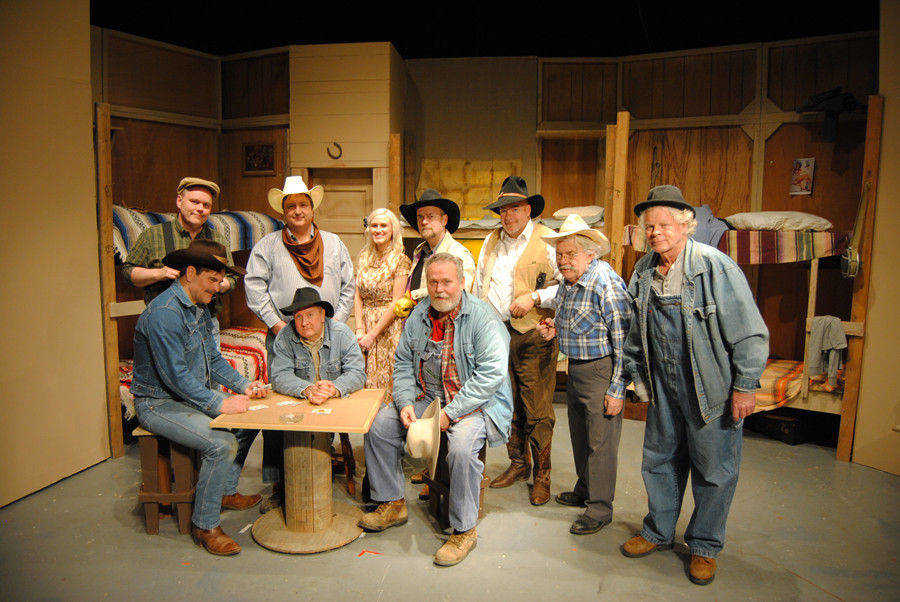 I think John Steinbeck would have been pleased to attend the current offering of the Community Council for the Performing Arts dramatic presentation of his novel, "Of Mice and Men."

Ten local actors, creative set and prop crews and other behind-the-scenes workers, under the direction of Alfred Fenske, have brought this moving story to life at the Fox Playhouse this week. Performances will be at 8 p.m. (doors open at 7:30) on Thursday, Friday and Saturday, Feb. 23-25\, and at 2 p.m.. (doors open at 1:30) on Sunday, Feb. 26. Those who have read John Steinbeck's novel will notice how closely the play presents Steinbeck's story in the three acts.

If the story is new to you, the emotions and dreams of the characters in a 1930 northern California agricultural valley will become part of your new memories. The play is presented by special arrangement with Dramatists Play Service Inc.

As usual, the CCPA has chosen some of our talented community residents to bring this story to us. What is unusual about this performance is that this is the third time we have been privileged to see the play. In 1977 it was presented in Welty's Cow Palace; in 1994, the Haidee and Allen Wild Center for the Arts at Cottey College hosted the performance. Now in 2012 we can see it at the Fox Playhouse. Three of the actors have been in all three productions playing the same characters. Charlie Johnson, Jeff Tweten and Al Fenske were in the first show 35 years ago as well as the 1994 one. In addition, Al Fenske has been the director in the last two productions.

Fenske wants the audience to know this Steinbeck classic has very strong language and is not appropriate for young children. But for me, the language was so authentic for the time and place that I didn't find it disturbing.

The first thing the audience will see is the clever stage setting and then they will hear the background sound effects. I could almost feel my feet getting wet at the river in the first scene. March Garton, the stage manager, with her helpers efficiently arranged the sets that were designed by the multi-talented Al Fenske. There was no confusion for the audience as the scenes changed. The attention to detail with the props was noticeable and added to the overall effect.

The cast included many of the area's local leaders and in addition to the three who were in all of the presentations through the years there are three more, Joe Zuzul who was also in the 1994 one but in a different role, and Greg Kepler and Lynn Ewing who played the same role in 1994 as the one this week. Other actors were Mike Bessey and Steve Reed, who are well known to our audiences. Brandi Beach did an excellent job on her first performance of a major character. I mention Kenny Jones last because his role was pivotal for the plot and he stepped into his character so well that if we didn't know what an intelligent person Kenny is in real life, we would swear that he really was the lovable but limited Lennie. Even when the action did not feature him, Kenny was portraying Lennie by his expressions and movements. He and Charlie Johnson made the two main characters so real that most who attend these performances will leave with either a lump in their throat or a tear in their eye.

Hoffman Financial Resources sponsored this play and their guests attended the final dress rehearsal Wednesday night. I was able to come to an earlier rehearsal and saw a very professional, moving and thoughtful performance.