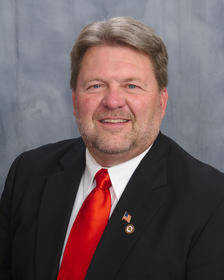 With no Democrat in the contest, the Aug. 7 primary will be tantamount to election; and with the well-regarded Fisher endorsing Bates County Northern Commissioner Randy Pike, local hopefuls Barbara "Barb" York and Bill Yarberry face a tough go, especially with the prospect of their division of the Vernon County vote.

The one who gets the most support in the plurality election will be the nominee. A 51-percent majority will not be required in the new 126th Represen-tative District, expanded to take in Vernon and all but the northern sliver of Bates. Until this year, the former 125th District only had Bates' west half. The general election is Nov. 6. Fisher said Thursday that he had just invited Pike to Rinehart Christian Church and introduced him as his preferred successor.

"I'm trying to get Randy acquainted with as many people as possible," said the term-limited Fisher, leaving the Missouri House of Representatives in Jefferson City after this year and four two-year terms. The post pays $35,915 per year.

"I will be escorting him to different events and making introductions," Fisher said. "He is extremely qualified and has a wonderful background of experience. I'll be very comfortable if he wins the primary. I don't see the other candidates being as well qualified as Randy." 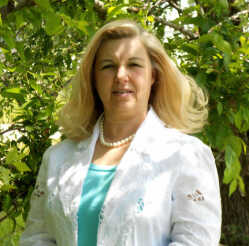 York on Friday reported challenging Fisher. "I had been told by Barney that he would stay out of the race because it only has the three Republicans," she said.

"I asked and he confirmed it," York said in an e-mail. "I'm disappointed but will continue visiting with the people of Vernon and Bates counties to speak on my convictions and concerns."

In a Thursday telephone interview, the 58-year-old former nurse had said her two-year campaign against the Proposition B "puppy mill" initiative and successful efforts to help prompt legislators to rewrite it led the County Republican Executive Committee to recruit her for the state race.

"I mentioned to them a year ago that I'd be interested and they came to me and said I would be a very good conservative candidate," York said. "I started working against Prop B the day after Thanksgiving 2009 when I found out the Humane Society of the U.S. had turned in the paperwork to the Secretary of State's Office.

"We made changes to allow the pet industry to survive and protect agriculture after they had used deceit to get the people of Missouri to vote for it. I spoke at all four corners of the state. 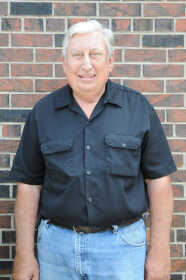 "I want to keep adequate funding for rural schools because we need to give our children the best education. I also want to protect our rights and freedoms as well as promote economic development."

Neither York nor Yarberry expressed an opinion about the chance their combined appeal for Vernon County support will ease Pike's way. Pike reported budgeting $12,000 to $15,000 for the race, but York and Yarberry both said they had no specific spending level in mind.

Yarberry is a Pleasant Hope native and Army veteran who worked in a factory and ran a rental store and gun shop before he and his wife Linda bought their farm 8 1/2 miles east of U.S. 71 on E Highway near Milo 12 years ago.

"You accumulate if you live a life where you don't spend a lot of money," said Yarberry, 69. "We run beef cattle and grow hay."

Undisturbed by Fisher's declaration, he said, "That's his choice. It doesn't surprise me, but I don't relish endorsements. I believe in the Second Amendment and am a member of the National Rifle Association, but I don't want their endorsement.

"I'm running on my own money. I'm not taking donations or endorsements because when it's over with, win, lose or draw, I won't owe anything to special interest groups. It's a scary decision because every one of them could deliver a few votes, but if I were to win they'd expect to be paid back somewhere down the way.

"When I made this decision, I felt so good that it was unbelievable. It was like a weight was lifted off. I wouldn't want some special interest guy from Kansas City or St. Louis to say, 'Hey, we expect you to vote this way.'"

Yarberry said his lack of a college degree makes him value rural public school and higher education more. "I will try my best to get the state funds the rural schools are entitled to," he said.

"Without raising taxes, I will do anything I can to help employment and health care because we have so many elderly. I'll work to keep taxes low."

Having met numerous Vernon Countians during his career as a taxidermist, Pike is leaving the Bates County Commission after 12 years. He was an Adrian School Board member for 15 years and his wife Patricia is a retired teacher who works as a part-time guidance counselor in Hume.

"I'm making myself known by setting up listening points and inviting people to come talk with me or ask questions," said Pike, 47. "Bates has a lot in common with Vernon with agriculture and the U.S. 71-I-49 economic development corridor.

"Without new jobs and incentives to keep and create jobs, we're not helping the state of Missouri at all."

Pike said the two counties' numerous rural schools might easily be overlooked without a vigilant representative. "Education is a big issue," he said.

"We don't need to cut funding and affect the quality of education. I'm looking forward to representing Vernon and Bates counties. I don't know if I can ever be as good as Barney, but I will try hard."