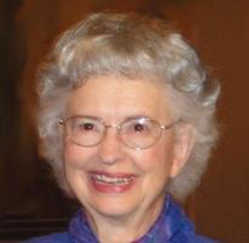 Elizabeth (Betty) grew up in Iowa, Kansas, California and Missouri. She enjoyed talking about her days on the farm tending to the animals and the garden, her memories of going to high school in southern California, going to the beach, and the outbreak of World War II. After returning to Missouri, she met and married Ira Ellis Spencer. They were united in marriage in Fort Scott, Kan., on Dec. 15, 1945, while he was on furlough from military duty. During the time Ira was deployed, Betty attended Teachers College in Springfield, Mo., before teaching in a one-room schoolhouse, Ferry School, near Milo, in 1946-'47. In 1948, Betty and Ira moved to Memphis where Betty worked at Kimberly Clark Corporation until 1950, while Ira attended optometry college. They returned to Nevada in 1954, for Dr. Spencer to establish his optometry practice and to raise their family.

Betty enjoyed her community activities as well as her long membership with the United Methodist Church. As a member of the United Methodist Women, she was involved in many functions, including serving as co-chair of the annual church Bazaar. Betty collaborated on countless quilts and handmade items, and served as a member of the Helping Hands Circle. She delivered Meals on Wheels for about 35 years. She loved playing bridge and doing crossword puzzles, sudoku, gardening, and was very interested in geography. Betty especially cherished time with her family and friends.

Elizabeth was preceded in death by her brothers Eldon and Eugene Simpson; one granddaughter; Holli (Spencer) Cathey; and one daughter-in-law, Cindy Spencer.