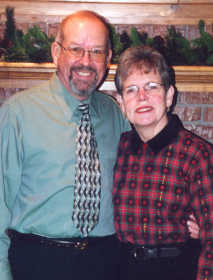 A card shower has been requested for Don and Anita (Robinson) Ayre, of Redfield, Kan., who will celebrate their 50th wedding anniversary in December. The family notes that faith and commitment to Christ has been the couple's marriage major, with a minor in "hardwork" and "never give up!"