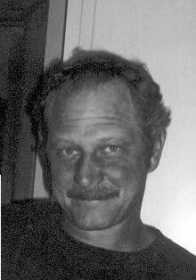 Randy Lee Maki, 42, of Princeton, Minn., died Monday, Jan. 7, 2013, in the University of Minnesota Hospital in Minneapolis. He was born July 15, 1970, in Virginia, Minn., the son of Russell and Marjorie (Brajkovich) Maki. He graduated from Cherry High School. A veteran of the U.S. Marine Corps, Randy served in Iraq during the Gulf War. He was a Bronze Star recipient.

Randy worked as a cement finisher -- most recently for Kopp Construction. He was a member of Cement Masons & Plasterers Union No. 633. He was generous, and often volunteered his time for projects that would benefit children and Habitat For Humanity.

He was preceded in death by his maternal and paternal grandparents.

Visitation will be from 9 a.m., until the 11 a.m. memorial service Saturday, Jan. 12, in the Bauman-Cron Funeral Home Chapel. The Rev. Kristen Foster will officiate. Inurnment will be at the Spring in the Greenwood Cemetery in Virginia.