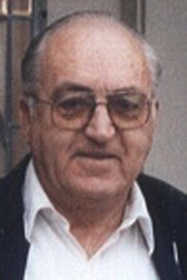 Harold was raised in western Oklahoma and came to Vernon County in December 1939. He graduated from Bronaugh High School in 1942. Harold served in the U.S. Army from 1943-'45 in the South Pacific as a tank driver in the 754th Tank Battalion at Guadalcanal, Solomon Islands, and the Philippines. He was awarded the Bronze Star with a "V" Device from the Battle of Mt. Mataba, Philippines. Following his service, he returned to Nevada.

Harold had various jobs including operating Harold C. Moore Insurance for more than 30 years until his retirement. Prior to that, he was in the concrete business with Baxter and Moore Concrete, Nevada. Harold also raised Charolais cattle with his father and brother, Gerald for many years. He served many years on the Bronaugh School Board. Harold was an avid quail hunter, fisherman, and had taken Harold Ensley and Virgil Ward hunting. He was a NASCAR and dirt track enthusiast and an avid fan of the Royals, Cardinals, and MU Tigers.

Funeral services will be held at 1 p.m., Friday, Jan. 18, at Ferry Funeral Home, Nevada, with Larry Brown officiating. Interment with military rites will follow in Moore Cemetery, Nevada. Friends may call now and until the hour of service at the funeral home.

Contributions may be made in his memory to the Bronaugh High School Scholarship Fund in care of Ferry Funeral Home, Nevada.