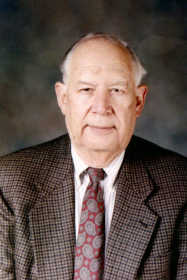 He was born June 26, 1937, the son of Fannin Franklin and Willis Irene (Harden) Sparks at Sand Springs, Okla. He graduated from Connors Community College. He then received his bachelor's of science and master's degree in counseling from Northeastern State University in Tahlequah, Okla. Later, he received his specialist degree in school administration from Pittsburg State University.

On July 5, 1969, he was united in marriage to Rozanne Fite at Springfield, Mo. She survives at the family home.

He then moved to the Bronaugh, Mo., school system and retired in 1996 after 20 years served as principal and then superintendent.

Membership was held in Bronaugh Christian Church, where he was very active and served as the Sunday school superintendent. He was a member of the Missouri State Teachers Association, Missouri Retired Teachers Association, and the Southwest District Missouri Association of School Administrators. He also enjoyed serving on several community organizations while living in Vernon County.

In addition to his wife, Rozanne, he is survived by a son, Paul Sparks and his wife, Angela, of Frontenac; a brother, Ray Douglas Sparks of Sallisaw, Okla.; two grandchildren, Randa Kate and Jonah Paul Sparks; two sisters-in-law, Donna Johnson of Kansas City, Mo., and Emmy Fite of Pittsburg; a brother-in-law, Johnny Fite of Ozark, Mo.; and several nieces and nephews.

He was preceded in death by his parents; a brother, Wayne Reber Sparks; and a sister, Ruth Sparks Philpot.

Services will be 10:30 a.m., Wednesday, Jan. 30, at the Presbyterian Church in Pittsburg with the Revs. Dan Moss and K.O. Noonoo officiating. Interment will be at 3 p.m., Wednesday, Jan. 30, in the Dadeville Masonic Cemetery in Dadeville, Mo. Friends may call from 10 a.m. to 5 p.m., today, at the Brenner Mortuary. The family suggests memorials to the Bronaugh Community Schools Scholarship Fund; the Fite Family Scholarship at Dadeville, Mo., schools; the McAuley Catholic High School Scholarship Fund; or Via Christi Village. These may be left at or mailed to Brenner Mortuary, 114 East 4th Street, Pittsburg, Kan.

Arrangements are under the direction of the Brenner Mortuary, Pittsburg, Kan.