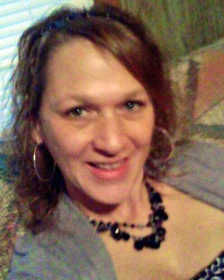 Amanda Leigh Thron, 45, a resident of Fort Scott, Kan., died Monday, May 27, 2013, as the result of an auto accident north of Fort Scott. She was born March 21, 1969, in Nevada, Mo., the daughter of Phillip Thron and Edwina Cowan Thron. In her earlier years, she operated a daycare. She was currently employed as the store manager for Pumpin' Pete's convenience store located on Highway 69. Amanda had been active with the Fort Scott YAT and had helped organize both Halloween and Christmas in the Park. She was also a member of the V.F.W. Auxiliary. She enjoyed playing pool and spending time with her grandchildren. She was also an avid Denver Broncos fan.

The Rev. Chuck Russell will conduct funeral services at 10:30 a.m., Friday, at the Cheney Witt Chapel. Cremation will follow funeral services with private family burial in the Memory Gardens Cemetery at a later date. Memorials are suggested to the Amanda Thron Memorial Fund and may be left in care of the Cheney Witt Chapel, 201 S. Main, P.O. Box 347, Fort Scott, KS 66701.