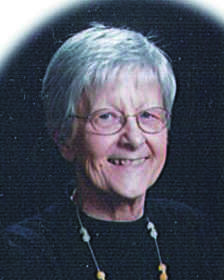 Carolyn Ann (Duckering) Durnell, age 69, El Dorado Springs, passed away on May 25, 2013, at her home following a courageous fight against cancer.

Carolyn was born Nov. 27, 1943, in Brownington, Mo., to Frank and Leliah Duckering, one of five children. She grew up in Buffalo, Mo., graduating from Buffalo High School in 1961.

On Feb. 12, 1966, Carolyn married Fred Allen Durnell in Fort Scott, Kan. Carolyn and Fred had two sons, Michael Allen and Stephen Mark. The Durnells made their home in Moundville, Mo. Carolyn was employed with Nevada Regional Medical Center, retiring in 2001 after 37 years of dedicated employment. Her work was important to her, but Carolyn's greatest joy in those years was watching her boys grow. For her boys, she washed baseball uniforms hundreds of times, cheered them on at game after game, fixed countless meals and not only cooked, but also first helped clean various bagged animals brought home from hunting trips. She could do it all.

Carolyn loved her grandchildren so very much. The only thing she relished more than being a mother was being a grandmother. She refused to play favorites, and even sped back and forth between Nevada and El Dorado Springs just to attend two simultaneous graduations for her granddaughters in 2012. She was a fantastic cook, hosting family holiday gatherings year after year. Her chocolate cake, mashed potatoes and pancakes were all favorites of her grandkids. Upon moving to El Dorado Springs in 2011 with her tiny Chihuahua, Blue, Carolyn was able to be nearer to her sisters. Her days were very busy with family and friends until her illness allowed this no longer. She attended Community Church of El Dorado Springs.

Survivors include son Mike and wife Suzan, Harwood, Mo., son Steve and Frederica Weaver, Milo, Mo. Surviving grandchildren are Hali, Jenna and Tessa Durnell, along with Cheron Weaver and Ethen and wife Caitlin Weaver Also surviving are Carolyn's sisters, Phyllis Whitesell and husband Darrel, Christena Green and husband Gary, all of El Dorado Springs. She leaves behind several beloved nieces, nephews, and precious friends as well. Carolyn knew that this world was not her home. She is fully healed, rejoicing in heaven today.

In lieu of flowers, memorial donations may be made to the High Hopes Chapter of the American Cancer Society in El Dorado Springs or Nevada Regional Medical Center Hospice in Nevada in care of the funeral home.