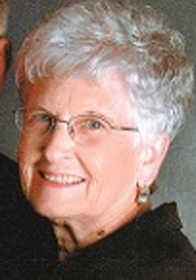 Carol was born in Lebanon and graduated from Stockton High School in 1957. Following her marriage to Carl, she lived the remainder of her life in Nevada. Carol was a member of the Pentecostal Assembly Church in Nevada.

Funeral services will be held at 2 p.m., Wednesday, Aug. 14, at Ferry Funeral Home, Nevada, with the Rev. Steven Foley officiating. Interment will follow in Newton Burial Park, Nevada. Friends may call now and until the hour of service and the family receives friends 7-8 p.m., Tuesday, Aug. 13, at the funeral home.

Contributions may be made in her memory to the Gideons or Heartland Hospice in care of Ferry Funeral Home, Nevada.