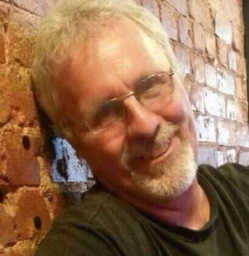 Kevin grew up in Illinois attending elementary school at Arbor View, then Glen Crest Jr. High, before graduating with the Class of 1978 from Glen Bard South High School. He attended College of Dupage in Glen Ellyn, Ill., for two years then transferred to Missouri Southern State University in Joplin, Mo., where he had received a football scholarship. There he played for the Lions and received his bachelors degree in marketing and management.

Kevin worked in construction most of his life with a specialty in remodeling homes. He lived in various areas of the United States throughout life. Aside from Illinois and Missouri, he spent time in Tennessee but permanently made Missouri his family's home nearly 20 years ago.

During his years, Kevin formed strong bonds with many friends and has had a longstanding personal relationship with the Church of Israel, in Schell City, and its members. But his greatest love was always his family -- he and Dana Lynn Stinnett spent 18 years together and became parents of three wonderful children. Everyone who knew him knew he loved to fish, but his greatest passion was his love of the game of golf.

Graveside services with interment for Kevin Scott Ahlgren are scheduled for 10 a.m., Thursday, Aug. 28, at the Green Lawn Cemetery, in Schell City. Visitation is planned from 6 to 8 p.m., Wednesday, at the Lewis-Hoagland Funeral Home, in Schell City. Memories will be shared at 7 p.m.

Contributions may be made in his memory to the Kevin Ahlgren Memorial Fund in care of Great Southern Bank in Nevada, Mo. Arrangements for Mr. Ahlgren have been entrusted to the Lewis-Hoagland Funeral Home, in Schell City.