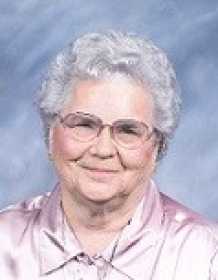 Ida Lee grew up living on a farm near Richards. She attended Richards High School and later graduated from there. During her life, Ida Lee worked for the Nevada State Hospital for more than 23 years until her retirement in 1987. She lived all of her married life in the Moundville area. Ida Lee later moved to Nevada where she had resided for the past 15 years. She was a member of the First Baptist Church in Nevada.

In addition to her husband Glen, she was preceded in death by her parents; one brother, Clyde Higgins; her sisters, Jennie Bell Burch, Lenora Higgins, Gladys Goddard, Thelma Wolfe, Arlene Winship, and an infant sister, Leta Marie.

The family will receive friends from 9:30 -- 10:30 a.m. on Monday, Sept. 22, at Ferry Funeral Home in Nevada. Graveside services will follow at 11 a.m., at the Deerfield Cemetery in Deerfield, with the Rev. Hubert Fox officiating.

Those who wish may contribute in her memory to Hospice Compassus or Moore-Few Care Center in care of Ferry Funeral Home.