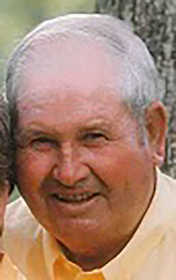 Bill was raised in Bixby, Okla., and attended school there graduating from Bixby High School with the Class of 1953. During his life he received many awards. While in high school he was awarded the Oklahoma FFA Star Farmer Award. Bill was the President of his high school FFA Chapter. He also received Tulsa JayCees Young Farmer of the Year in 1958. In 1963, Bill moved to Vernon County making this his home. He then was awarded Conservation Farmer of the Year for Vernon County, and later the Vernon County Farm Bureau Farm Family Award in 1974.

Bill was a versatile farmer, raising cattle and hogs, doing custom hay baling for many years, was a dairy operator, planted row crops and had a love of horses. He was ordained as a deacon in the Sheldon Baptist Church in 1968, where he was also a Sunday school teacher. Bill was a member of the First Baptist Church, Nevada, since 1998 and served as a deacon there until his health failed. Bill also served on the school board for Sheldon School for nine years and was the president for part of that time.

Funeral services will be held at 2 p.m., Nov. 19, at the First Baptist Church, Nevada, with the Rev. Hubert Fox officiating. Interment will follow in Newton Burial Park, in Nevada. The family will receive friends from 1 to 2 p.m., prior to the service at the church.

Memorial contributions may be made in his memory to the Cottey College Volleyball Program or the National Parkinson Foundation in care of Ferry Funeral Home, Nevada.