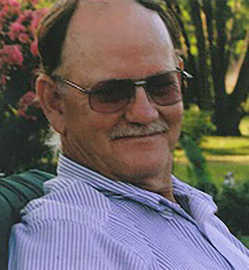 Bo was raised in Nevada and graduated from Nevada High School. He farmed nearly all of his life raising cattle and crops and was a Trustee for the Deerfield Township for a number of years. He loved woodworking and building furniture, and enjoyed gardening and fishing. Bo attended the Cowboy Church and was a member of the First Baptist Church, in El Dorado Springs.

In addition to his wife, Peggy, he is survived by one son, Cory Hood, Nevada; three grandchildren, Paige Hood and her fiancé, Anthony Nelson, Chelsea Hood, and Zack Hood, all of Nevada; great-grandchildren, Kaiden Nelson and Naithan Johnson; three brothers, Karl Baggett and Larry Baggett, both of Nevada, and Donald Kinney, Springfield; two sisters, Marynelle Kenney, Bartlesville, Okla., and Karen Clark, Redland, Calif.; and numerous nieces and nephews. He was preceded in death by his parents; three brothers; and one sister.

Funeral services will be held at 10 a.m., Wednesday, Dec. 3, at Ferry Funeral Home, Nevada. Cremation will follow. Friends may call now until the hour of service at the funeral home.

Those who wish may make donations to the family in care of Ferry Funeral Home.