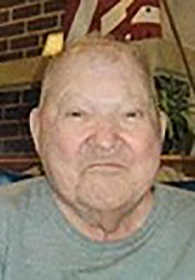 James was raised in Walker and attended Walker School. Following his school days he served in the United States Army from 1952 until 1954 spending most of his service time in Germany. After his time in the Army, James came back to Vernon County and began farming in the Walker area. He was employed by the Nevada State Hospital for 31 years before his retirement in 1990. For the past three years James has resided in the Missouri Veterans Home in Cameron.

There are no services planned at this time.