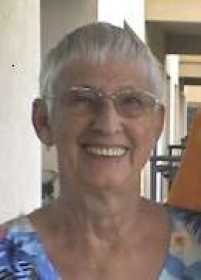 Wanda was raised in Weaubleau and attended school there and in Collins, Mo. In 1954 she along with her family moved to Colorado where she lived for a number of years. Following her marriage to Raymond they lived in various places while he was employed by the Airline. In 1989, they made Nevada their permanent home. Wanda began working at Farm & Home in 1990 and continued working there until her retirement from U.S. Bank in 2011.

Funeral services will be held at 10 a.m., Wednesday, May 27, at Ferry Funeral Home, in Nevada. Interment will follow in Moore Cemetery, Nevada. The family will receive friends from 5 to 7 p.m., Tuesday, at the funeral home.

Memorial contributions are suggested to the family in care of Ferry Funeral Home.