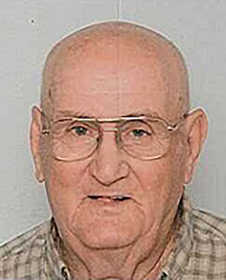 David was raised in Allendale, Mo., and graduated from Grant City High School Class of 1952. He served in the United States Army from 1956-58 during the Korean Conflict. As a young man he fell in love with trucking while riding with his father in the gravel truck and following his time in the service he became an over the road trucker. David continued to drive trucks for 57 years until his retirement at the age of 76. He then worked for a time at Wal-Mart as a door greeter, a job which he enjoyed. David loved trucking, family, cheeseburgers and teasing.

Contributions may be made in his memory to the "Moss House" in care of Ferry Funeral Home.