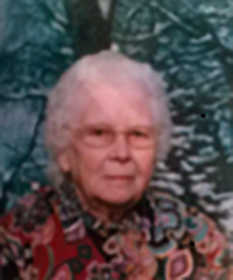 Bettie worked side by side on the family farm with Calvin until his death on Jan. 22, 2003.

Shortly thereafter she began employment with Wal-Mart in Nevada. This was a position that she enjoyed immensely, meeting many new friends along the way. Bettie's health helped her decide to retire in 2014.

The family would like to thank the nurses, aides, and staff at Moore-Few Care Center, in Nevada, for the excellent care given to Bettie over the past several months. You all are appreciated!

Memorials are suggested to Vernon County Cancer Relief in care of the Lewis-Hoagland Funeral Home, in Schell City, whom were entrusted with the arrangements for Mrs. Fox.