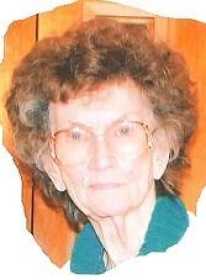 Patricia Ann Periman, 82, formerly of Nevada, Mo., concluded her life's journey on Nov. 27, 2015, at her daughter's home in Crouse, N.C. She was born on June 9, 1933, in Haviland, Kan., to Frank Livingston Schooley and Dora Belle James Schooley.

Patricia grew up on a farm in the Fairview community, south of Nevada. She worked as a Psychiatric Aide at the Nevada State Hospital, retiring after 29 years and later moved to the mountains of North Carolina.

She was a woman who enjoyed the small things in life; eating out, shopping, spending time with friends and family, and going to church. She cherished seeing and hearing about her grandchildren and great-grandchildren. She was a member of the Heritage Baptist Church.

Funeral services will be held at 11 a.m., Tuesday, Dec. 1, at Ferry Funeral Home, Nevada, with Pastor Jeff Adams officiating. Interment will follow in the Moore Cemetery, Nevada. Friends and family were invited to attend a Receiving of Friends on yesterday, from 5 to 7 p.m., at the funeral home.

Contributions may be made in Patricia's memory to the American Cancer Society in care of Ferry Funeral Home.