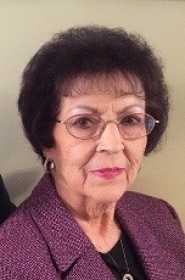 Barbara was raised in Victory, Okla., and attended school there. She graduated from Victory High School as Valedictorian the Class of 1954. During her school years she played on the Victory High School Basketball team. Following her marriage she lived in England for three years while JC served in the United States Air Force. Following the service they came back to Lamar. Barbara worked with JC in the lumber business in Lamar, Butler and Nevada where she has resided for the past 47 years. She worked as an Interior Decorator, was a writer of a weekly column for several area newspapers, and also worked at T.M. Deal for a time until her retirement. She, along with JC, was part owners of the Sirloin Stockade in Nevada. Barbara was a faithful member of the Elm Street Church of Christ. She enjoyed playing bridge and was an active member in multiple Bridge Clubs.

In addition to her husband, JC, she is survived by two children, Keela Vaughn, Raymore, Mo., and Steven Wiseman, Overland Park, Kan.; three grandchildren, Justin Vaughn and his wife, DeeAnn, Belton, Mo., Aaron Vaughn, Raymore, Mo., and Ashley Kramer (Vaughn) and her husband, Zach, Norfolk, Va.; seven great-grandchildren, Alexis, Aubrie, Austin, A.J., Adasen, Owen, and Opal; and one brother, Jerry Doyle and his wife, Joretta, Moore, Okla. She was preceded in death by her parents; and one sister, Wilma (Doyle) Nunn and her husband, Gilbert.

Funeral services will be held at 2 p.m., Saturday, Jan. 30, at Ferry Funeral Home, in Nevada. Interment will follow in Lake Cemetery in Lamar, Mo. The family will receive friends from 6 to 8 p.m., Friday, at the funeral home.

In lieu of flowers, the family asks that you make contributions the American Cancer Society in care of Ferry Funeral Home, Nevada.