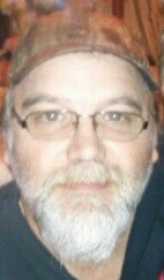 Marvin was raised in Nevada and attended Nevada High School. He worked for a time for the State Hospital and also at McDonald's in Nevada from 1996 until his retirement in 2014, due to poor health.

Funeral services will be held at 10 a.m., Monday, April 25, at Ferry Funeral Home, in Nevada. Interment will follow in Welborn Cemetery, Moundville, Mo. Friends may call now and until the hour of service and the family will receive friends from 3 to 5 p.m., Sunday, April 24, at the funeral home.