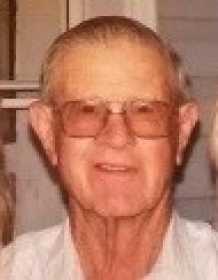 Ermon, along with his family, came to Vernon County on Dec. 31, 1937, at the age of 13. He attended Walker School until the eighth grade when he became a full-time farmer. Ermon farmed and raised livestock all of his life. He served on the Walker School Board for a number of years. Ermon was also a member and an elder of the First Christian Church in Nevada.

Survivors include one daughter, Bobbie J. Hamersley and her husband, Eddie, Walker; one son, Donald Cubbage and his wife, Vernille, Nevada; six grandchildren, Cindy Winters, Scott Hamersley, Tracy Hamersley, Sheila Bryson, Donis Duncan, and Davola Garrett; 10 great-grandchildren; and five great-great-grandchildren. In addition to his wife, Margaret, he was preceded in death by his parents; two brothers, Charley and Emery; one sister, Maybel Norlin; and one granddaughter, Sherri Prewitt.

Contributions may be made in his memory to the Show-Me Christian Youth Home and the First Christian Church in care of Ferry Funeral Home.