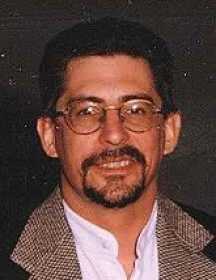 Jayson L. Wessley, 52, of Nevada, passed away Monday, June 13, 2016, as a result of a semi-truck accident near Iola, Kan. Jayson was born Oct. 5, 1963, in Kansas City, Mo. He was raised in Nevada, and was a graduate of Nevada High School, Class of 1982. Jayson was in the Marines for a short time with an Honorable Medical Discharge.

Jayson was a member of Local No. 83 Boilermakers of Kansas City, and was passionate about driving trucks. He was an avid outdoorsman and especially loved fishing and bowhunting, which he shared with his sons. At the age of 8 he set a new Missouri State Boys high jump record.

A memorial service will be held at 10:30 a.m., Saturday, June 18, with visitation following until noon at Ferry Funeral Home, with Father Ted Estes of Grace Episcopal Church, of Carthage, Mo., officiating.