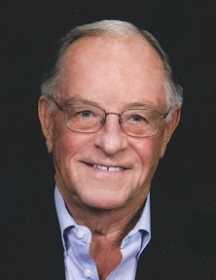 John Allen Taylor, born May 9, 1943, passed away in the early morning hours of his 74th birthday on Tuesday, May 9, at Moore-Few Care Center in Nevada. John was married to Sherrial (Sherry) Neas Taylor, and she survives of the home. He is also survived by his children; one son, Terry Taylor, Houston, Texas, one daughter, Kim Gryzwacz and Joe, Tallahassee, Fla., and their children, Josiah, Noah, Ethan and Monika; siblings, Dr. Bruce Taylor and Deb; Steve Taylor and Jo, of Lincoln, Neb.; Dr. Nancy and Tom Hicks, of Omaha, Neb., and Scott and Jodi Taylor, of Inman, Kan. He is also survived by the following family: Terry Wessley and Tonia; Nick and Lurlene Hudelson; Steve and Charlette Oliaro; Diana Wessley and Megan and Kellen Foster; Andy and Marie McCullough; Nathan and Becca Wessley and family; Dalton Wessley and Arielle and Addi Mae Wessley (Papa John’s special little angel); Matthew and Joyce Swearingen; Joseph and Sarah Swearingen and children; and numerous nieces and nephews.

John was preceded in death by his parents, Dr. Bowen E. and Caroline (Thompson) Taylor; one sister, Jean Taylor Wagner; and one stepson, Jayson Lee Wessley.

Early schooling for John was in Minnesota while his father did his residency at Mayo Clinic. In later years, he attended school in Lincoln, Neb., where he graduated with the Class of 1961. He attended and graduated from the University of Iowa and pursued a career in engineering. Employment was in Pennsylvania, Ohio and most recently the State of Texas where he retired from Baker-Hughes.

John was an avid sailor and usually won the races he and his special crew entered. Flying Cloud, his J-boat, was his pride and joy and many hours were spent in the Gulf of Mexico. Golf was also a great love of John’s and he spent many hours on the golf course and loved the local senior men’s golf group.

Family and friends were extremely important to John and he was happiest when he could surround himself with one or both. He will be greatly missed by all that knew him.

Memorial services will be held at 1 p.m. on Saturday, May 13, at All Saints Episcopal Church in Nevada with the Rev. Sharon Freeman officiating. Services are under the direction of Ferry Funeral Home in Nevada.

Those who wish may contribute in his memory to St. Jude Children’s Hospital in the funeral home.