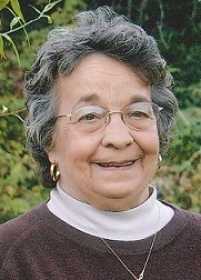 Isabel Bond, 77, Nevada, passed away on Thursday, May 11, at Kansas University Medical Center, in Kansas City, Kan. Isabel was born May 6, 1940, in Seneca, Mo., to William and Cora (Clark) Clemons. She was united in marriage to Willard Bond on Nov. 22, 1959, in Nevada, and together they raised six sons. Willard preceded her in death on March 7, 2017.

Isabel was raised in Seneca and graduated from Seneca High School Class of 1958. She worked at 3M in Nevada until her retirement in 2002. Isabel was a 4-H Leader, an avid collector of coins and Depression glass and was known for her good cooking and compassion to others. She loved her family and was especially devoted to her grandchildren.

Memorials are suggested to the Vernon County Youth Fair in care of Ferry Funeral Home.