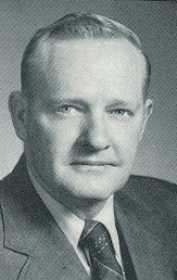 John Hayden Morgan, aged 83 of Nevada, passed away on Wednesday, June 7, in Nevada. He was born Nov. 7, 1933, in Wichita Falls, Texas, to Otho Elmer and Argie Isophine (Nelson) Morgan. He graduated from high school at New Mexico Military Institute, Roswell, N.M., in 1951. He continued his education at West Texas State University in Canyon, Texas, graduating in 1955. While in college he met Jennie Bess George, whom he married in 1953.

training, Hayden and Jennie returned to Tulia, Texas, where they began farming and ranching.

When the Berlin Wall was built in 1961, Hayden was recalled to active service and achieved the rank of Captain.

The family moved to Nevada in 1965 where he continued farming/ranching. He served his community as a state representative from 1971-1976, then as Presiding Commissioner of Vernon County Commissioner from 1979-1982. Additionally, he served on boards of numerous community organizations. He was especially honored to serve on the Board of Directors of Quality Products, Inc.

Memorial services will be held at 10:30 a.m. on Monday, June 12, at First Presbyterian Church in Nevada with the Rev. Greg Ferree officiating. The family will receive friends from 5-7 p.m. on Sunday at Ferry Funeral Home, Nevada.

Those who wish may contribute in his memory to the First Presbyterian Church, NRMC Hospice in care of NRMC Foundation in care of Ferry Funeral Home in Nevada.