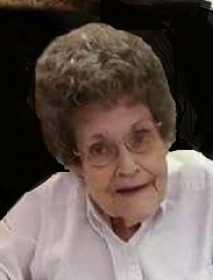 Dorothy L. Winters, age 83, formerly of Nevada, passed away Thursday, June 8, at Wes-Vue Nursing Facility in West Plains, Mo., following several years of ill health. Dorothy was born Aug. 13, 1933, in Bates County, Mo., to Clarence and Edna Mitts. She married John Rex Winters on March 23, 1949, in Nevada, and he preceded her in death in 2008.

Dorothy took pride in her role as a homemaker and always kept a neat and tidy home. She was known, too, as a wonderful cook, and many of her dishes, such as her homemade noodles, were loved by her family. Dorothy and John raised their children and made their home in Nevada, MO for many years, though she moved to West Plains a short time after John’s death. Through the years, Dorothy was a member of Bible Baptist Church.

Those who wish may contribute in her memory to the Arthritis Foundation in care of Ferry Funeral Home.

.You may view obituary and send condolences online at www.ferryfuneralhome.com