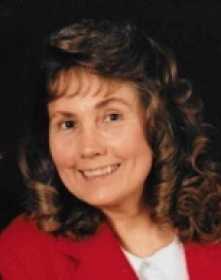 Roberta Ilene Cassatt, 74, of Nevada, passed away on Sunday, July 2, at Mercy Hospital in Joplin following a lengthy illness. Roberta was born on February 4, 1943, in Sheldon to Frank and Corrine (Ford) Bogart. On January 17, 1965, she married Gary Cassatt in Sheldon, and he preceded her in death on Aug. 29, 1993.

Roberta grew up in the Bronaugh and Sheldon areas and graduated from Bronaugh High School in 1960. She worked for Big Smith in Lamar, the Division of Employment Security in Nevada and in the Vernon County Clerk’s office until her retirement. Roberta loved spending time with her family, especially her grandchildren, playing cards, being outdoors, shopping and traveling. She attended the United Methodist Church in Nevada.

She is survived by her daughter, Vicki Wright and her husband, Trent, Fort Scott; two grandchildren, Emma Pritchett, Walker, and Shade Wright, Fort Scott; one brother, Robert Bogart, Sheldon; several nieces and nephews; two sisters-in-law, Leslie Bogart, Sheldon, and Barbara Fleming and her husband, Mark, of Lamar. In addition to her husband Gary, she was preceded in death by two brothers, Larry Bogart and Edward Allen Bogart.

Funeral services will be held at 10 a.m. on Friday, July 7, at Ferry Funeral Home in Nevada. Interment will follow in Sheldon Cemetery, Sheldon. Friends may call from 5-7 p.m. on Thursday at the funeral home.

Memorials are suggested to the Sheldon Cemetery Association in care of Ferry Funeral Home in Nevada.