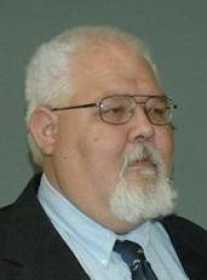 Steven Lewis Moyer, 62, Nevada, passed away suddenly on Friday, Aug. 18, at Nevada Regional Medical Center in Nevada. Steven was born Sept. 10, 1954, in Kansas City, Kan., to Charles William and Verna Hester (Petty) Moyer. He married Sharon K. Sass on Oct. 25, 1983, in Nevada and she survives of the home.

Steve grew up in Kansas City, Kan., and later Williamsburg, Kan., and graduated from the Williamsburg High School. Steve worked at the Sonic Drive-In in Butler, as a projectionist at the Fox Theater in Nevada, the Nevada State Hospital for nine years, and was a newspaper reporter for the Nevada Daily Mail. He was a member of the Church of Christ in Nevada. Steve was also a member of Osage Masonic Lodge No. 303, Nevada Lions Club and was a current member of the Nevada Park Board. Steve was a strong advocate for the disabled.

In addition to his wife, Sharon, survivors include his two brothers, Vernon Moyer, Ottawa, Kan., James Moyer, Ottawa, Kan.; and several nieces and nephews. He was preceded in death by his parents; one brother, Bill Moyer; and one sister, Juanita Gilbert.

Memorial and Masonic services will be held at 10:30 a.m. on Friday, Aug. 25, at the Church of Christ in Nevada with Bro. Dick Harris and Lawrence Cripps officiating. Friends may call now and until the hour of service at Ferry Funeral Home in Nevada.