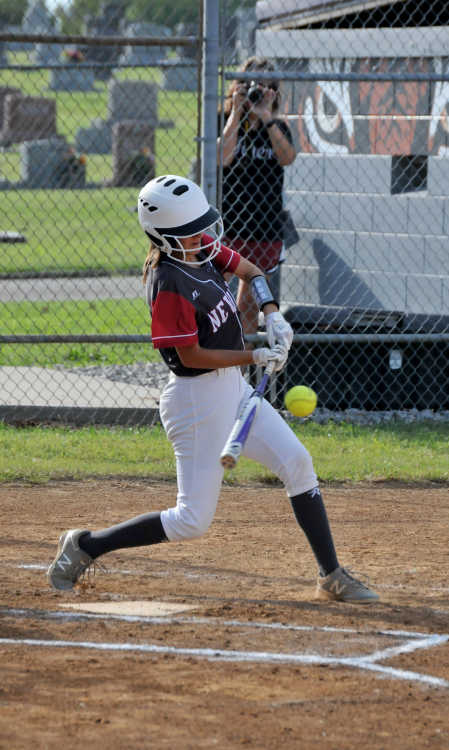 It was an exciting opening to the season for Nevada softball Thursday evening as the Lady Tigers topped the St. Pius X Lady Warriors, 7-4, at Bushwhacker Field.

Veteran experience, a solid outing from sophomore ace Maggie Leisure, and an infusion of freshman talent made for a highly entertaining opening day.

Leisure and Lady Warriors junior Katelyn Garcia took a pitchers duel into the fourth . The scoreless tie was broken when Lady Tigers sophomore cleanup hitter Hailee Lundine lifted a Garcia offering over the left field wall and into the Nevada bullpen, handing the Lady Tigers a 1-0 advantage.

Nevada then pushed their lead to 5-0 with a four-run fifth. With runners on the corners and one out, junior catcher Cameron Holcomb’s bunt-single to the right-side plated Blair Wilson, while advancing speedster Anna Fulton to third. Fulton scored when pinch-runner Haiden Richmond stole second, drawing an errant throw from catcher Lauren Widman and handing the Lady Tigers a 4-0 lead.

The final run of the frame came on Abby Harder’s hard-hit two-out single to center, as the freshman second baseman collected her first career varsity RBI, putting the Lady Tigers up 5-0.

Leisure encountered trouble in the sixth when consecutive singles, followed by a one-out walk, loaded the bases. The Lady Warriors finally broke through on a Mia Cherrito RBI-fielder’s choice groundout. With two outs Elizabeth Witherow’s grounder to shortstop was fielded cleanly by freshman Tylin Heathman, but the throw was low, getting past first baseman Emily Johnson as two runs scored to trim the Lady Tigers advantage to 4-3.

With runners in scoring position Leisure escaped the jam, inducing Widman to ground out on a bang-bang play at first. 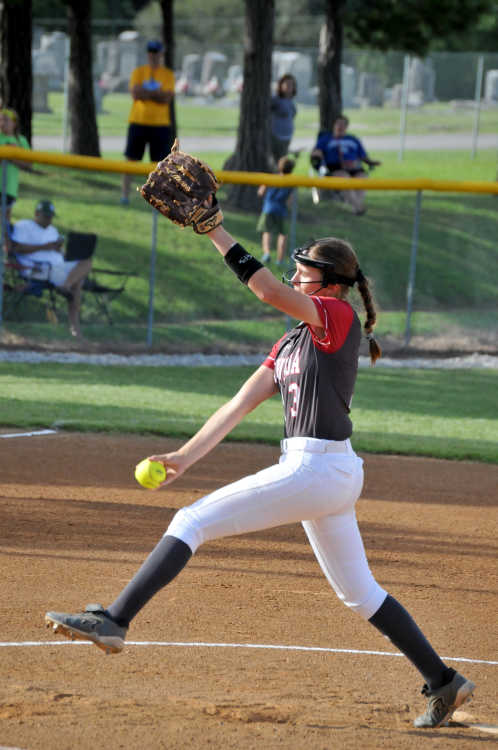 The Lady Tigers did major damage in the home-half of the sixth, all with two outs.

Freshman Blair Wilson kept the inning alive, hammering a Garcia pitch into center field. Leisure then aided her own cause, lining an RBI double to the left-center field wall to put the Lady Tigers up 5-3.

A Fulton infield single and Holcomb walk loaded the bases. Lundine put the finishing touches on the inning as her liner off the glove of third baseman Abi Strano trickled into foul territory, scoring both Leisure and Holcomb for a 7-3 Nevada lead.

Looking to go the distance Leisure yielded a leadoff solo home run to Garcia in the seventh. With two runners on, Leisure closed the door on St. Pius with a strike out, followed by a groundout to Heathman, sending the Lady Tigers to victory.

Leisure, who tossed a seven-inning complete-game, allowed two-earned runs while striking out four. At the plate, Lundine and Harder collected two hits apiece.

The West Central Conference victory improves the Lady Tigers to 1-0. 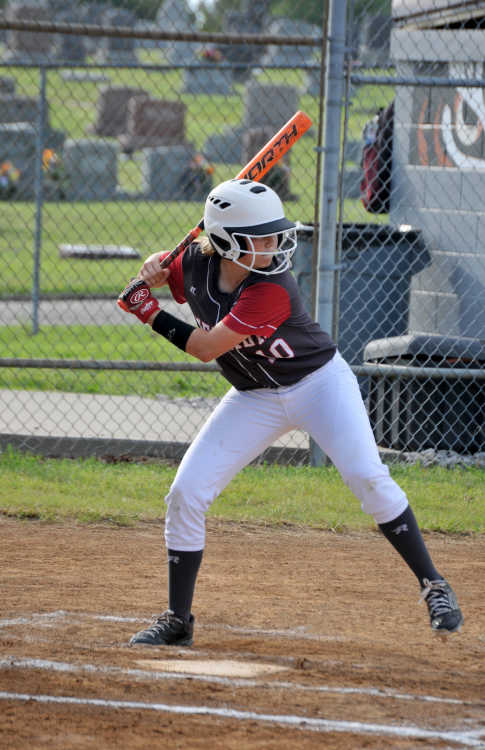 • Heathman collected a single in her first-career varsity at-bat, lashing the first pitch of the at-bat into right field. She then proceeded to steal second base.

• The Lady Tigers turned a pair of double plays, including one where Harder fielded a sharp grounder, flipped to shortstop Heathman, who displayed her cannon arm, firing to first baseman Johnson. 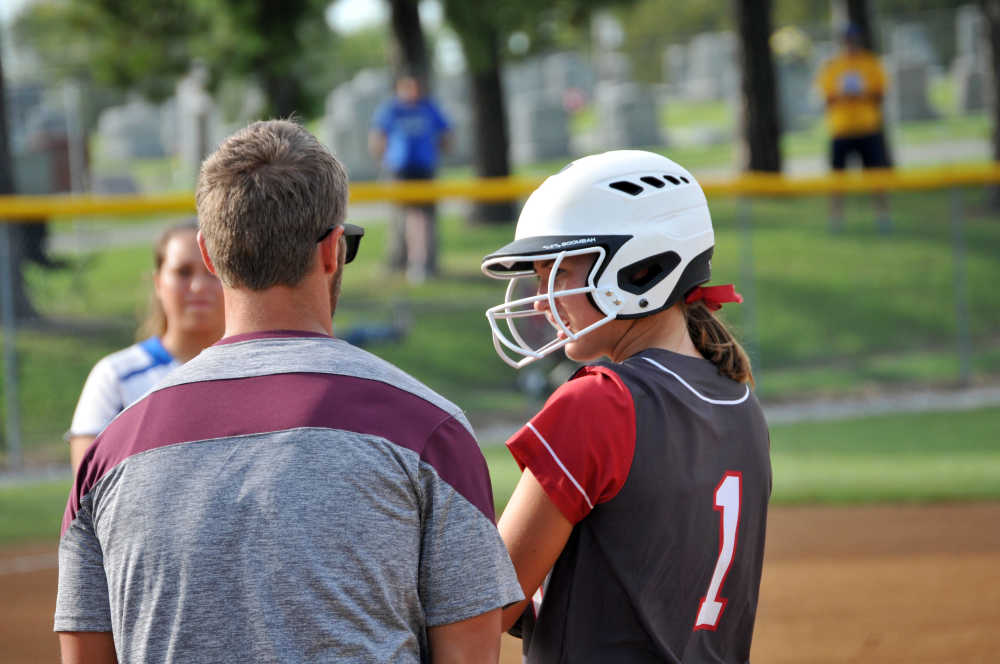 The Lady Tigers junior varsity team rolled to a 10-0, four-inning victory over St. Pius. Harder and Hinton tossed two innings apiece, combining for the shut out.

The Lady Tigers return to the diamond this weekend, as they’re set to play a trio of games at the Joplin High School-hosted tournament.

Makeup date: Nevada’s was originally scheduled to play McDonald County in its season opener, but the Tuesday home contest was rained out. The makeup date has been set for Tuesday, Sept. 5, with the first pitch slated for 5 p.m. at Bushwhacker Field.