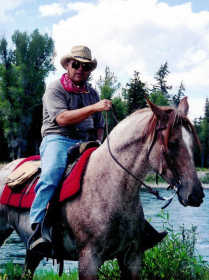 Thomas Edmund Hollands was born on April 12, 1944, in Kansas City, Mo. Tom’s parents were Edmund Wilson Hollands and Eleanor (Mitchell) Hollands. Tom was raised in Bartlesville and Tulsa, Okla. At an early age, Tom excelled in multiple sports, including basketball, baseball, football and tennis. While attending Cascia Hall in Tulsa, Okla., he was a standout basketball player, and while attending Oklahoma Military Academy, he was a standout basketball and football player.

Tom started his welding career as a laborer and welder’s helper on a pipeline job in Fredericksburg, Md., in 1960. While working on the pipeline he taught himself to weld while on his breaks and lunch. Eventually, he would weld on the firing line while under the supervision of a journeyman pipeline welder who had taken him under his wing, all the while making code welds while the welding inspector was out of sight. Tom truly began his welding career “old school.” Not fully knowing that welding would be his calling, Tom attended the University of Kansas in 1963 and Baker University in 1966.

Tom embarked on his career in welding in 1966, working for Pipeline Local 798, as well as various code pipe welding shops. From 1966 to 1978, Tom would earn over forty welding certifications under ASME Section IX. Tom held his nationally certified welding inspector certification from 1979 to 1988 and in that time would work at every level of quality control known to man, from nuclear power plants to welder training and education.

In 1993, after earning his dream job at Smithco Engineering as the quality assurance/quality control manager, he felt that something was still missing. Tom took a sabbatical from the welding field and, having previously worked at three other welding schools learning the do’s and don’ts of welding training, he began work on a business plan. Over the next few months, Tom would lay out the framework that would later become the foundation and backbone of Missouri Welding Institute.

In the spring of 1994, Tom took the biggest chance of his life by investing his life’s savings in the building of Missouri Welding Institute. On Oct. 3, 1994, MWI opened its doors with the enrollment of six students. The 1994 end of year enrollments topped out at 11 students. Having just celebrated its 23rd year of operation, MWI’s average enrollment for the last three consecutive years has been over 530 students. Over his more than 50 year career in the welding field, Tom touched many lives but none so profoundly as he did with MWI. In the last 23 years, his dream has literally changed the lives of thousands and thousands of people.

On Oct. 4, Tom succumbed to his two year battle with cancer. He battled the disease the same way he fought his way through life. Tom never backed down, never gave up and always lived his life on his own terms.

Tom is survived by his wife, Marcia; his son, Brian; his daughter, Sara; and seven grandchildren.

In lieu of flowers, memorial donations may be made to the Thomas Hollands Cancer Fund and left at the funeral home.

Online condolences may be left on our website at www.blandhackleman.com.