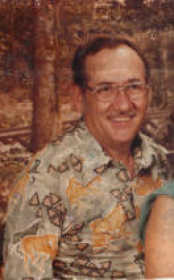 Albert Montel “Duck” Pilcher, 85 of Nevada, passed away Wednesday, Oct. 11, at the Veterans Administration Hospital in Kansas City after a brief illness. Duck was born June 14, 1932, in a log cabin just outside of Milo, the son of Clarence and Clara (Guthrie) Pilcher.

Duck served in the Korean War as a sergeant in the U.S. Army. He was decorated with three bronze medals and numerous ribbons for bravery, valor, and his service in the infantry. He owned the Pilcher Motorcycle Repair Shop until it burned down tragically in a fire. He worked for Montgomery Wards for 15 years as a furniture and flooring salesman. Duck worked for the Katy Railroad from 1969 until 1989 as a telegraph operator station agent. Upon his retirement, he bred and raised horses. Duck was an avid motorcycle enthusiast. He had traveled many miles on his motorcycle, riding all over North America with family and friends. In his spare time, he would repair motorcycles that were in need of a little extra love in preparation for the next ride for friends and customers. He enjoyed collecting vehicles, going to auctions, and dancing the Polka. In 1989, Duck became a cofounder of the Wind Riders Motorcycle Club. Duck was a dear friend to many near and far. He is now eternally riding on his Harley with the wind blowing through his hair and a smile on his face!

He is survived by a brother, Dean Pilcher and his wife, LaVina, of Horton; daughters, Sarah Beeks and her husband, Tony, of McQueeney, Texas, and Juanita Louise Pilcher; granddaughter, Lauren Young of Webb City, Mo.; and many nieces and nephews. Duck is preceded in death by his parents; one sister, Edna Mae Olson; and four brothers, Lennie, Elmo, and twins Donald and Daniel Pilcher.

Memorial services will be held at 11 a.m. on Wednesday, Oct. 25, at Ferry Funeral Home in Nevada with the Rev. Terry Mosher officiating. The family will receive friends from 10 to 11 a.m., prior to the service. Interment with Military Honors will follow in Olive Branch Cemetery in Milo. You may view obituary and send condolences online at www.ferryfuneralhome.com.