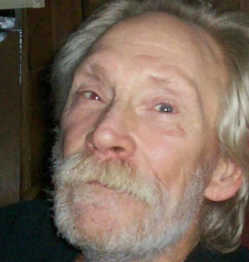 Ronald E. Baughn, 65, passed away Friday, Nov. 3, at his home in Carthage. Ronald was born Sept. 21, 1952, in Holbrook, Ariz., to Clarence Milton Baughn and Marion “Shellenberg” Baughn. Ronald was a long-time resident of Nevada, but spent the last two years living in Carthage. He was a Vietnam Veteran in the United States Navy and worked as a sales associate at Tap-Jac Lumber for several years.

Ronald was preceded in death by three brothers, Wayne, Clarence and Edward; one sister, Juanita.

Contributions may be made to the Ronald Baughn Memorial Fund.

Online condolences may be made at www.ulmerfh.com.

Arrangements are under the direction of Ulmer Funeral Home.