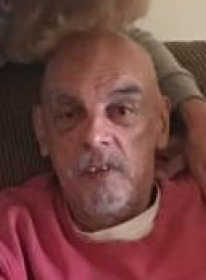 Carl Preston Ward, 67, formerly of Sheldon, passed away on Thursday, Dec. 14, at his home in Nevada. Carl was born Aug. 27, 1950, in Sacramento, Calif., to Harrison Ward and Clarita Ward.

Carl, the fourth of six sons and two sisters was raised in Sacramento Calif., then moved to Sheldon and attended school there. Carl had a passion for art and music. He was the artist for the school paper and played the guitar for a while. He served in the United States Air Force and soul-searched with the Beatles, Heart, Doors and 300-plus record albums. Carl was a gentle soul and walked his own path with his own drums. He settled down in Nevada and formed a new set of friends when he volunteered at the Community Outreach. Carl enjoyed laughing and had a great sense of humor.

Community Outreach called Carl, friend, brother, comedian, independent, stubborn, loyal and last but not least super volunteer. Carl volunteered at Community Outreach for 14 years. He was never late, always came right into the office and went straight to work. His job was to fill the food orders and help people out to their car when needed. He was always friendly and kind so he was very popular with the people. When he wasn’t busy he would begin to fold sacks so he could stay ahead of the game. His was a quiet and faithful soul. He had a taste all his own as he wore matching sweatpants and sweatshirts; on cooler days he wore a stocking cap to keep his bald head warmer because he walked to and from work every day. Carl will be missed by staff, volunteers and many people in our community. He was a joy to be around.

Funeral services will be held at 11 a.m. on Thursday, Dec. 21, at Ferry Funeral Home in Nevada. Interment will follow in the National Cemetery in Fort Scott, at 12:30 p.m. The family will receive friends at 10 a.m. prior to the service at the funeral home.

Those who wish may contribute to the American Cancer Society in care of Ferry Funeral Home.