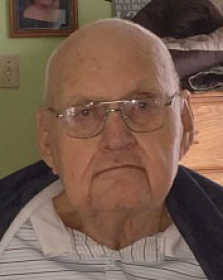 Athel G. Hyder, 84, Nevada, passed away on Friday, Jan. 12, at Nevada Nursing and Rehab in Nevada following a lengthy illness. Athel was born June 16, 1933, in Stockton to Clarence Albert and Sara Elizabeth (McClure) Hyder. On May 10, 1956, he married Jeraldine Pyle in El Dorado Springs and she survives of the home.

Athel was born and raised in the Stockton area. He served in the United States Army during the Korean Conflict. Following his years in the service, he came back to Vernon County and worked on a dairy farm for a number of years. He also worked at the Nevada State Hospital for an additional 20 years until his retirement. Athel was a member and past commander of the American Legion in Nevada. He loved fishing and going camping.

Funeral services will be held at 10 a.m. on Wednesday, Jan. 17, at Ferry Funeral Home in Nevada with the Rev. Terry Mosher officiating. Interment will follow in Wagner Cemetery, Stockton. The family will receive friends from 5-7 p.m. on Tuesday at the funeral home.

Memorials may be made in his memory to Vernon County Cancer Relief in care of Ferry Funeral Home.