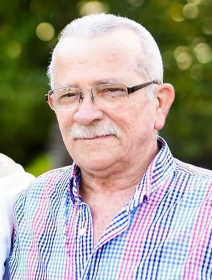 Noel Kenneth Smith, 66, Nevada, passed away on Sunday, March 25, at Landmark Hospital in Joplin, Mo., following a brief illness. Noel was born July 13, 1951, in Grand Junction, Colo., to Noel Harder and Lettie Louise (Dunn) Smith. He was united in marriage to Judy Joan Cartwright on June 1, 1995, in Las Vegas, Nev., and she survives of the home.

Noel came to Nevada at a young age with his family and attended Nevada Schools. For a number of years he worked at Ellis Furniture in Nevada. In the early 1970s he began employment at Nevada State Hospital where he worked for 33 years until his retirement. Noel enjoyed woodworking, cooking and camping with his family. He was a member of the First Baptist Church in Nevada.

The family will receive friends from 6-7 p.m. on Thursday, March 29, at Ferry Funeral Home in Nevada.

In lieu of flowers those who wish may contribute to the American Lung Association in care of Ferry Funeral Home.