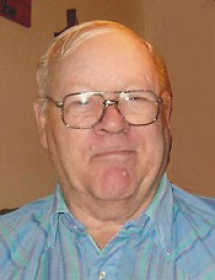 Darrell Earnest Harden, 83, of Nevada, went to be with the Lord on Monday, May 14, at the Webb City Health and Rehab Center following a lengthy illness. Darrell was born July 7, 1934, in Walker to John Raymond and Willa Rose (Edson) Harden. He was raised in Walker and attended Walker School.

Darrell married Ramona Maxine Long on Nov. 16, 1956, and they made their home in Nevada. Together they had two children, Debbie and Chester.

Darrell worked many years at Key Industries and TufNut in Nevada. He was a member of Spoken Word Tabernacle in Moundville.

Funeral services will be held at 2 p.m. on Friday, May 18, at Ferry Funeral Home in Nevada. Interment will follow in Mt. Vernon Cemetery in Walker. The family will receive friends from 7:30 – 8:30 p.m. on Thursday at the funeral home.