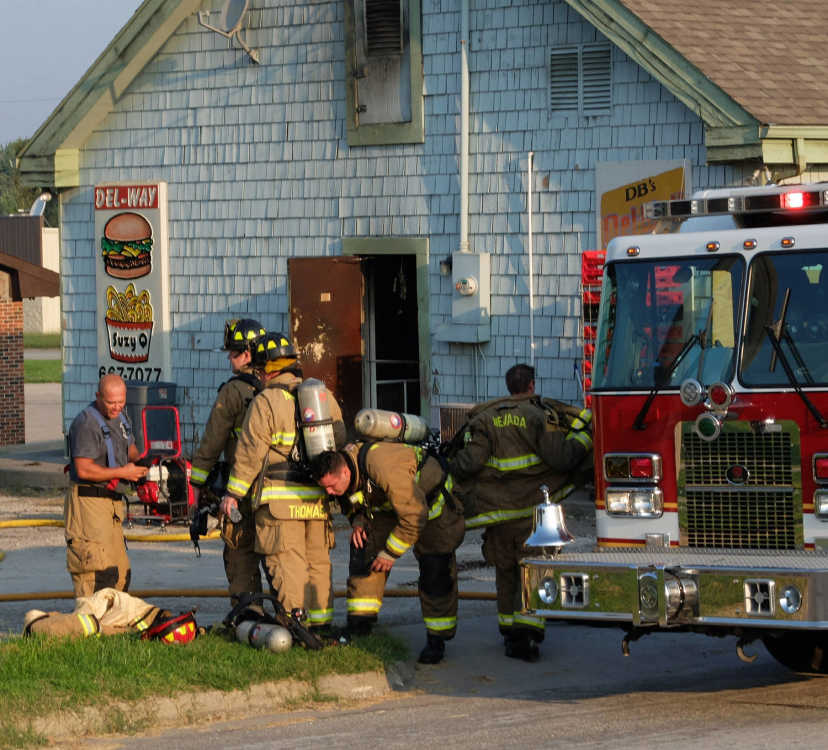 Nevada firefighters finish working a fire at Del Way on East Austin Boulevard on Sept. 20. Firefighters received the call around 7:50 a.m. when smoke was noticed billowing around the building. According to the press release issued by the Nevada fire department, the crew found heavy smoke showing from the eaves and was able to bring the interior fire under control in 20 minutes. There were no injuries. The Missouri State Fire Marshall’s office was notified and an investigator reported to the scene. The fire caused an estimated $25,000 in damage and is still under investigation.