Second half surge propels Tigers to victory over Harrisonville in district-opener, 80-65 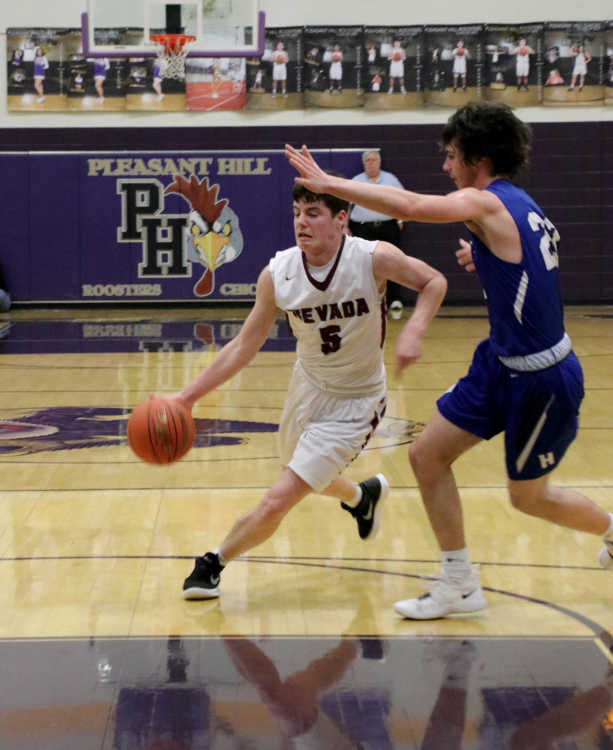 PLEASANT HILL — A lights out second half shooting performance lifted the Nevada Tigers to a decisive 80-65 victory over Harrisonville in the opening-round of the Class 4 District 13 basketball tournament Tuesday night.

The third-seeded Tigers got off to a sluggish start as sixth-seeded Harrisonville hit Nevada with a 9-2 blitz to open the contest.

Without starting power forward Dalton Gayman, out for a second consecutive contest due to disciplinary issues, Nevada struggled though most of the opening frame, but was able to trim the lead to two entering the second.

“They ran a couple of different defenses early, and it took us a while to adjust,” said Nevada head coach Shaun Gray. “They started off the game in a 1-3 chaser. Essentially they were in a 2-3 zone, but had≠one of their guards stay with Logan Applegate in a man. It took us a while to kind of get the hang of that, and they held us to 15 points in the first quarter.” 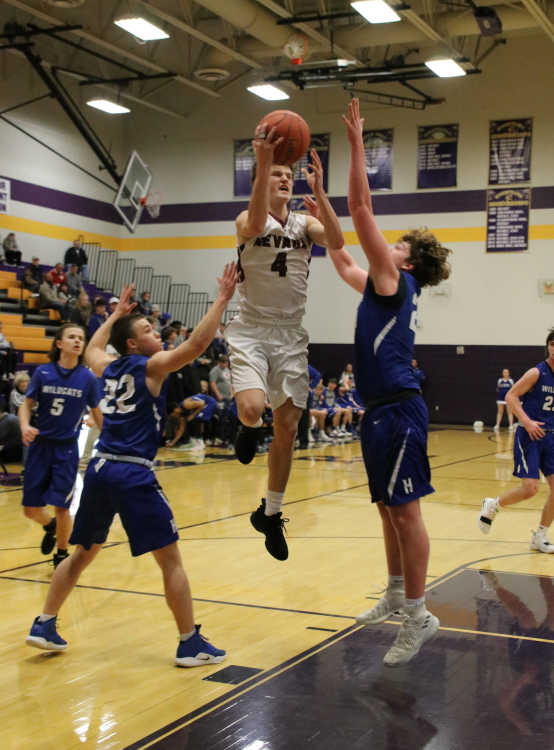 Added Gray: “Then, they mixed in a 1-2-2, and a 1-3-1 zone on us as well. And played a couple of possessions in a half-court man. That first quarter, you could tell that we were a little caught off-guard by it. But I’m proud of the fact that we made some adjustments.”

Throughout the first half Nevada had trouble defending the perimeter, as Harrisonville’s Bryce Jenkins got red-hot from 3-point land.

The Tigers trailed 25-23 near the midpoint of the second before going on an 11-0 run, with Matt Thompson’s bucket and trip to the charity stripe handing them a 34-25 advantage. Nevada’s lead was trimmed to a dozen at the half, as Jenkins banked in a 27-foot three just before the second quarter horn sounded.

The teams exchanged triples early in the third, with Lane McNeley’s three upping Nevada’s lead to nine. Lane scorched the nets in the third with a trio of triples as the Tigers lead swelled to 16 entering the fourth.

Nevada kept the pedal to the metal for much of the fourth. The Tigers put the cherry on top as Logan McNeley found twin brother Lane for a breakaway lay-in and an insurmountable 76-55 advantage late in the fourth.

Gray said he was pleased with his squad’s overall performance, dropping in their highest point total of the season. 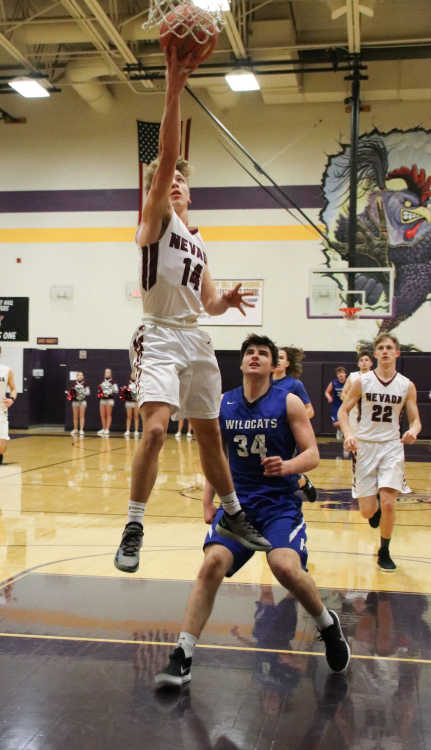 “Really, we played our best when our defense got better in the second quarter. That led to our offense being better,” explained Gray. “We started getting stops and forcing turnovers, and all of the sudden, we’re getting out and scoring.”

Added Gray: “In the half-court, I think we were at our best offensively when we were under control, making the extra pass. We had some of our best ball movement of the season tonight in the second half. Guys really shared the ball well. We had a lot of the hockey-assist type plays, where we made two and three extra passes. It was fun to see the guys share the ball like that.” 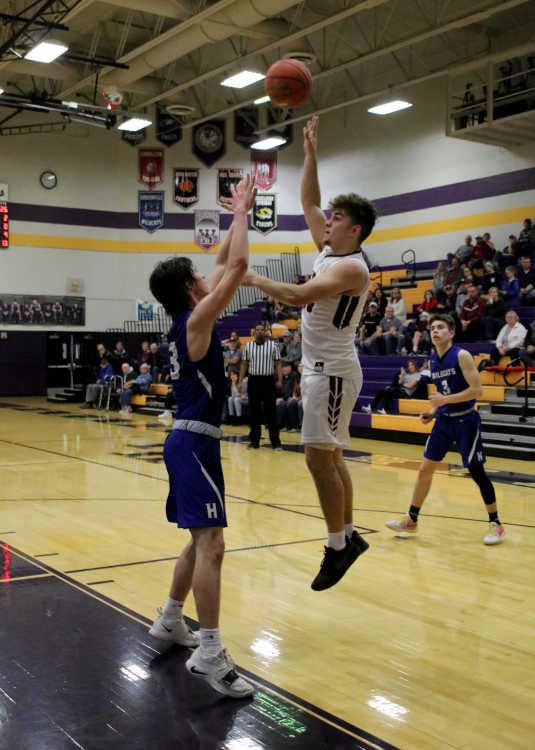 The Tigers next square off with No. 2 seed Center Yellowjackets, 8:30 p.m. Thursday in Pleasant Hill.

The teams previously met last Friday, with Center edging Nevada in a thriller, 49-48, at Wynn Gym. See a future edition of the Daily Mail for all the latest on Tiger basketball