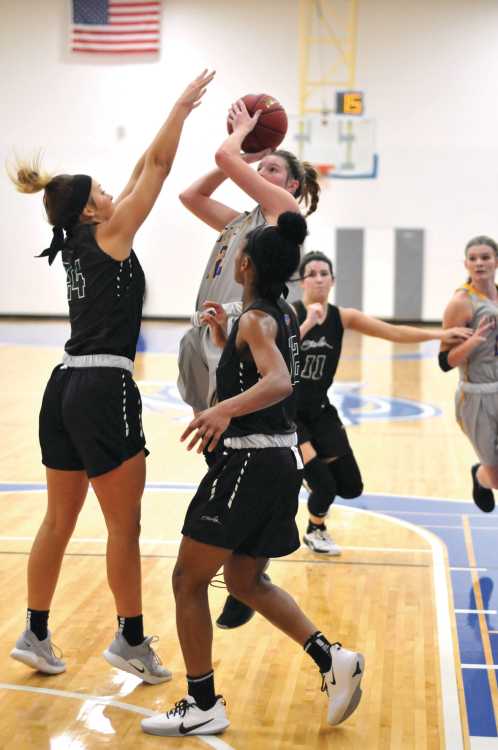 The Cottey Comets came up on the losing end of a hard-fought battle Wednesday evening in their home-opener, falling to Williams Woods University, 57-42.

Led by the play of lightning-quick point guard Kaycee Gerald, Williams Woods raced out to a 7-0 first quarter advantage, and led 18-8 at the conclusion of the opening frame.

Both offenses grinded to a halt, as a pair of Taylor Coonce free throws at the 5:35 mark accounted for the first points of the second quarter.

Freshman point guard Olivia Pruitt's driving lay-in with 1:47 remaining in the half, trimmed the Comets' deficit to 21-14.

Coonce, a freshman forward out of Rich Hill, dropped in a breakaway lay-in just before the halftime buzzer sounded, as Cottey trailed, 22-16 at the break.

"We did a good job of (closing out) on shots, and making sure we crashed the glass to avoid (giving them) second-chance opportunities," said Cottey head coach, Stephanie Beason, of the low-scoring second stanza. "At the same time, as the season continues, I expect our group to settle in to the game — and become more comfortable and confident, so we can take advantage of those scenarios on the offensive end."

William Woods emerged from intermission red-hot, as a flurry of buckets, punctuated by Gerald's coast-to-coast lay-in, handed the visitors a 15-point cushion.

Late in the third, back-to-back close-range jumpers from Peyton Greenlee and and Ashleigh Frampton capped an extended 18-5 run, as William Woods' lead swelled to 40-21.

The inside-out combo of Gerald and Greenlee proved too much for Cottey down the stretch, as William Woods put the finishing touches on their 15-point victory.

Pruitt paced the Comets with a team-high 12 points. Additionally for Cottey, Acton chipped in nine; Coonce, eight; and Cassie Ogden — six. In addition, Cottey connected on 11-of-13 from the charity stripe.

Greenlee, meanwhile, tallied a game-high 16 points, while Gerald finished with 11.

Beason said she was pleased with the way her club battled against a veteran-laden William Woods squad.

"We are a very young group compared to our opponents," Beason noted. "Our freshmen are playing a lot of minutes for us, and against opponents who play mainly upperclassmen. Half of our group are freshmen, so it’s going to take us a bit to make adjustments, and get use to the pace and style of play at the NAIA-level. However, I’m pleased with the effort so far this season. We just need to stay focused on the end-goal, and not let some of these early games rattle us." 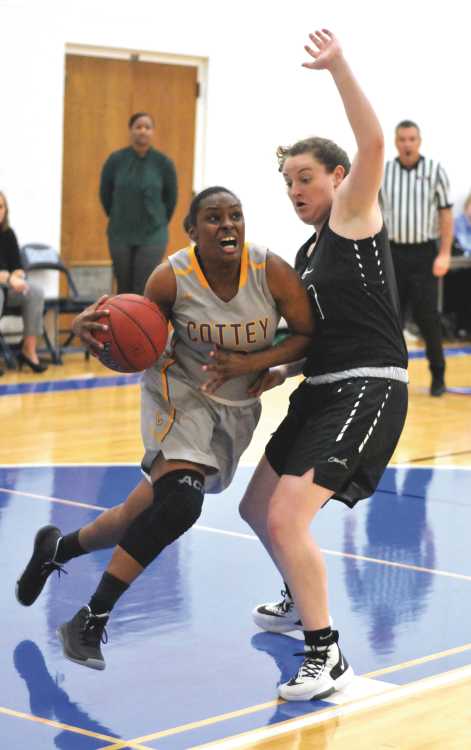 Beason added that she was thrilled with the play of senior Latasha Griggs, who pulled down 10 rebounds.

"Tasha has been a major spark for us," Beason said. "We have called upon her to defend the other (team's) leading scorer, and she has done a great job so far this season. I’m looking forward to watching her improve, as she steps into a much different role than she has played in past seasons."