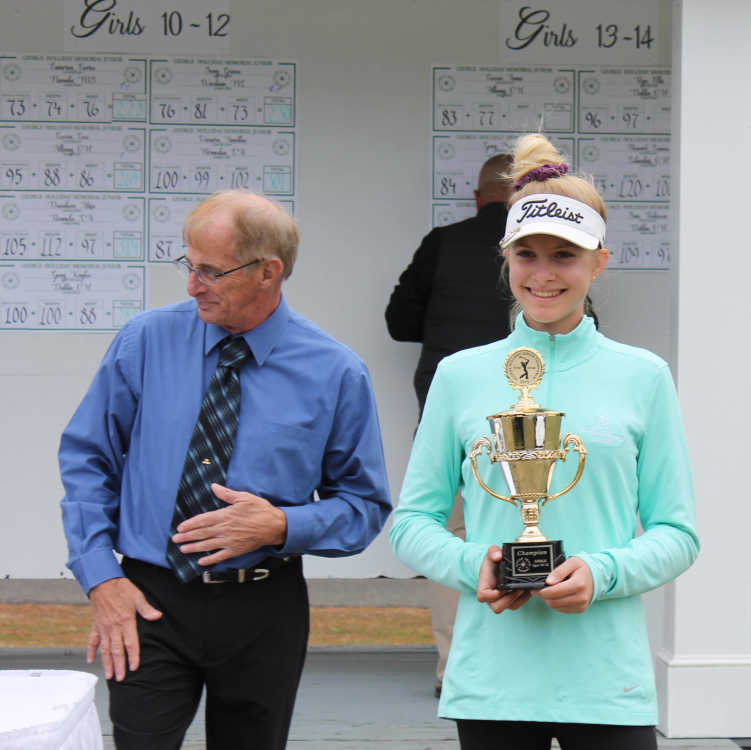 Cameron won the three-day (54-hole) George Holliday Memorial Junior Golf Tournament by seven strokes. She kicked off the tournament on Thanksgiving Day, carding a 74. Cameron then followed up with rounds of 73 and 76 en route to the first-place finish. Her three-day total of 223 put her at 7-over-par for the tourney, seven strokes better than defending champion Gracie Song.

Cameron, who attends Nevada Middle School, is the No. 10 ranked youth golfer in the state of Missouri, and entered the tournament 450 spots behind Song in the world golf rankings.

The Myrtle Beach property features three courses. Day one was played on South Creek, day two at King’s North, and day three on the West course. After an 1,100 mile drive from Nevada to South Carolina, Cameron was afforded one day of practice, which took place on the renowned King’s North links.

Paired with eventual runner-up Song, Cameron set the tone for things to come, carding a par to Song’s bogie on a tough 415 yard par-5 to open the tournament Thursday. Cameron ultimately tallied five opening-round birdies, punctuated by a tap-in for par on hole No. 18. As the day one dust settled, Cameron held a commanding seven-stroke lead on the competition.

“After a Thanksgiving dinner from IHOP, and some Grinch pancakes, Emree was ready to keep it going,” noted Eric. 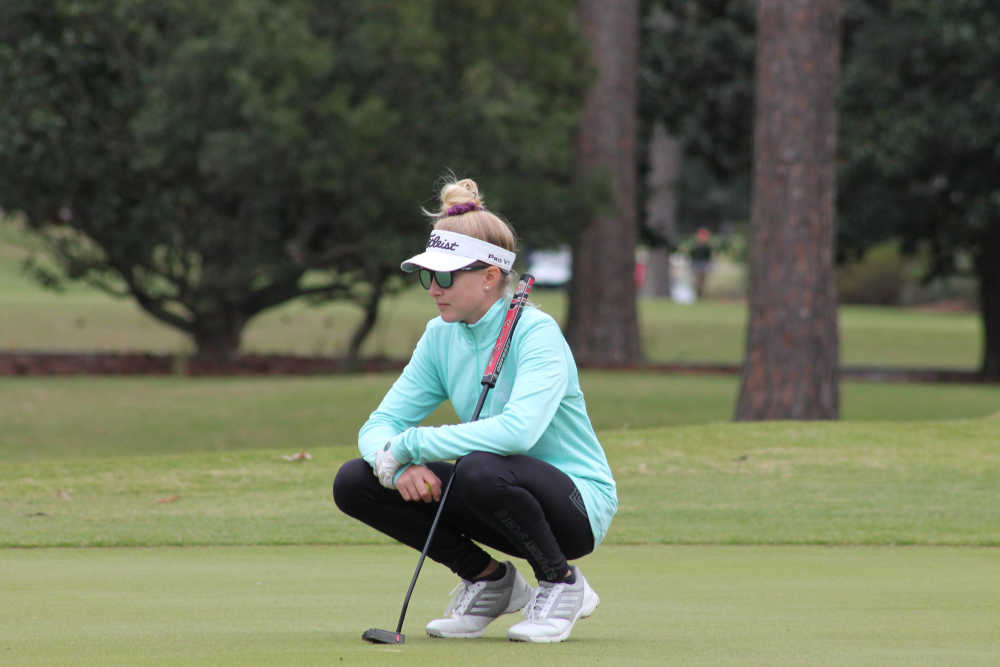 Day two of the competition took place Friday at King’s North. With steady play through the first eight holes, Cameron was sitting at 3-over-par on the day. The ninth hole of the day was the 18th hole on the course, nicknamed “The Bull’s-eye” by Golf Magazine.

“It can be intimidating, looking down the 305 yard fairway, at the 40-plus bunkers on both sides of the fairway, and a green that is halfway surrounded by water,” Eric said.

Cameron left her tee-shot short of the split fairway, but quickly recovered, striking her approach shot to within five-feet of the hole.

“She easily cleaned that up for a birdie,” Eric recounted.

Cameron's consistent play through 36 holes, which included a trio of round two birdies, padded her lead, upping her to 2-over on the day, and in total control with a 10-stroke lead.

The competition moved to the lengthier West course for Saturday’s final round.

“I told Emree before she teed off, ‘just keep playing steady, make Gracie shoot under par to beat you,’” Cameron began. “This is what appeared to be happening from the start. Gracie got off to a strong start, with birdies on two of the first four holes, and finishing the front-nine at 3-under par. Emree played steady at 2-over par early, but watched her lead get cut in half after the front-nine.” 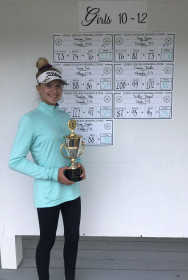 Cameron ultimately held off Song’s charge en route to the decisive victory. Over the course of 54 holes Cameron drained 11 birdies.

“This was a big win for her,” Eric said. “She played this tournament on her own. Pushed her own cart, made her own decisions. She led the tournament from wire-to-wire, and had to learn how hard it can be mentally to play with the lead. She also had to hold her emotions in check when she saw her lead dwindling, and learn to push through, and not give the tournament away because of a poor mental-game. This is a priceless scenario when it comes to preparing her for the next level. She has to learn to play from behind, play with a lead, and recover from giving a lead away.”