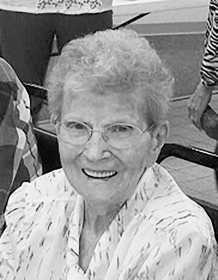 Patsy was a lifelong resident of Vernon County and lived all her adult life in Nevada. She worked for Nevada R-5 school district as a cook for many years until her retirement. Her hobbies included crocheting, and embroidery, but she especially enjoyed cooking, and spending time with her family. Patsy was a member of the United Methodist Church in Moundville.