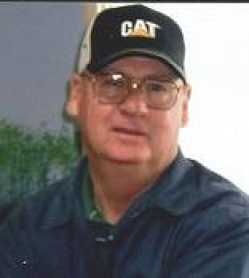 Kenny was born to Cecil H. Barbour and Lola Mae (Radde) Barbour of Walker, Mo. He was a graduate of Walker High School in 1968. Kenny was drafted into the Army when he was 19 years old. He served from March 18, 1970 to Jan. 11, 1972. He completed his basic training in Fort Ord, Calif., and later spent a year in Ft. Bliss, Texas. He would then serve 10 months in Korea where he served as a Specialist 4th class (SP4), his role was driving a Chaparrelle self- propelled missile launcher to help protect South Korea from a North Korean invasion

Upon returning home, Kenny worked for the highway department for five years. He then worked on highway construction for 35 years, on highway projects such as the Springfield and MCI airport runways and Kansas Speedway, as well as most of 69 Highway, the 249 Bypass in Joplin and numerous roads throughout the Kansas and Missouri area.

At the age of 24, Kenny started planting pecans on the side. He enjoyed planting pecans as he knew this would be something that would outlive him on this earth and bring joy to many people. When the tree would reach a certain size, he would graft the tree and plant it on his property. This year was the first year that he had over 100 producing trees that he had grafted and planted.

In March of 1971, Kenny married Bobbie Joyce Kemper of Walker in Lamar, Missouri. In his words, “She was a wonderful partner and he loved her dearly!”

Kenny was a member of Community Christian Church of Nevada, Mo. Kenny loved the Lord and spent countless hours reading and researching the scriptures. He loved spending time in God’s presence and was anticipating his journey home.

He is survived by his wife, Bobbie, of 48 years; two daughters, Kristy Padgett and husband, Monte, of Milo, Mo., and Kelley Trivett of Lakeland, Fla., Kenny took great delight in his three grandchildren, Mikena and Kaden Padgett and Khloe Trivett, and enjoyed attending their sporting events and vacationing with them. He is also survived by numerous friends and relatives. He was preceded in death by his parents and his sister, Helen Bausch.

Funeral services will be held at 10 a.m., Monday, Dec. 30, at Ferry Funeral Home in Nevada with Pastor Josh Smith officiating. A private burial will be held at a later time at Greenlawn Cemetery in Schell City, Mo. The family will receive friends from 6 to 7 p.m., Sunday, at the funeral home.

In lieu of flowers, the family asks contributions be made to a scholarship fund for the grandchildren or the charity of your choice.